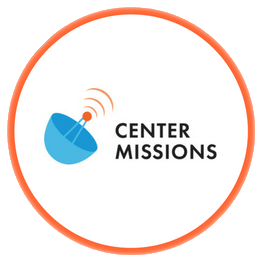 Center Missions are STEM experiences designed for middle school students and available at Challenger Learning Centers around the globe. The space-themed simulation-based experiences are led by trained Flight Directors and take place in a fully immersive Space Station and Mission Control.

Surrounded by technology, each student plays a unique role in the mission as the team completes assignments, manipulates hands-on labs, and copes with simulated emergencies. Teamwork is crucial, if one member fails to complete a job, the entire mission can be put at risk. This differentiated approach allows for a truly personalized learning experience where students apply critical, scientific knowledge to real-world scenarios.

Expedition Mars – The year is 2076. A handful of facilities have been established on Mars, including a greenhouse, a mobile geological survey base, and a centralized research habitat. The primary human habitat is not on Mars, but on one of its moons, Phobos. A large shuttle regularly ferries astronauts and scientists between the base on Phobos and the surface of Mars. This shuttle, or Mars Transport Vehicle (MTV), carries parts to build a remotely operated vehicle (ROV) to continue the search for the evidence of life and water. However, when crew members discover an imminent threat to their MTV and the Martian surface facilities, they must act quickly to save their stations, their research, and their lives.

Lunar Quest – NASA recently identified areas on the Moon that may support a sustainable long-term habitat for humans.  In order to confirm this finding, NASA issued a directive for astronauts to return to the Moon!

In this Mission, a  team of astronauts must board a spacecraft and launch to the Moon, while a team of scientists and engineers on Earth command and assist the astronauts in Mission Control. Once the spacecraft crew successfully lands on the Moon, they must deploy a Lunar Exploration Rover to investigate the different areas and confirm that the Moon can be settled for long-term human habitation.

However, when the spacecraft crew begins to receive troubling readings from below the surface, the two teams must work together and make critical decisions to turn a possible catastrophe into NASA’s finest hour!

Earth Odyssey – A recent coronal mass ejection has destroyed a vital space satellite responsible for gathering key Earth science information. Working together, the team at Mission Control and another aboard the Space Station, must build a new micro satellite to replace the one lost. However, traveling into orbit during this time of increased solar activity poses risks of its own.

COMING SOON OPERATION COMET – With a large Comet passing close to Earth in a short period of time, the Space Station crew has the chance to send out a robotic probe to study this Comet. The study could be groundbreaking, but goals quickly change when it is determined that the single Comet has broken apart into a second comet and that is on a direct collision course with Earth. The team must quickly reengineer their robotic probe so that it can stop the second comet and complete their new mission objective, to save the world.

It is the year 2076. A now routine Voyage to Mars has brought the latest human crew into Martian orbit. The crew, arriving from Earth on the Mars Transport Vehicle, is specially trained to replace the existing crew of astronauts, which has manned Mars Control for the past two years. Control of the incoming flight has been transferred from Houston’s Mission Control to Mars Control at Chryse Station. After arriving on the Martian surface, the crew of students must collect and analyze a number of planetary samples and data. The information they gather is vital to scientists and explorers to help give them a better understanding of the red planet.

In the summer of the year 2137, a Low Earth Orbiting satellite (LEO) has malfunctioned and must be replaced. The team has been called on to construct and deploy a new satellite, and retrieve important data about the Earth and its environment from the previous one. Students collect data, avert disasters on Earth, and learn about the intricate relationships of Earth’s atmosphere, hydrosphere, ecosphere, and geosphere as you Encounter Earth.

For the first time since 1972, a crew of astronauts are returning to the moon. This time, they plan to stay. Their mission is to establish a permanent base on the moon to observe and explore, as well as test the feasibility of an off-Earth settlement. Navigating into lunar orbit, the team must construct and launch a probe, and analyze a variety of data gathered from the lunar surface to select a site for establishing the permanent moon base. Students begin a new era in human planetary explorations during their mission to Return to the Moon.

A team of scientists and engineers are on a daring mission to take an up-close look at a comet as it streaks across the galaxy. The goal is to plot a successful course to Rendezvous with a Comet. First, the team must plot the correct intercept course. Then they must construct and launch a space probe to gather data from the comet. What seems to be a routine exploration at first, becomes filled with challenges and emergencies. Each obstacle requires students to work together as a team to find a solution in order make the mission successful.

“One student at a time, Challenger Center inspires the kind of curiosity that leads to further exploration and success in STEM fields.” 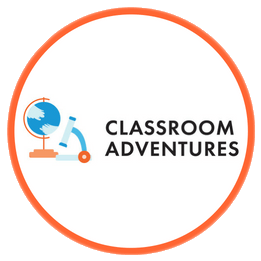 Imagine giving students the chance to be part of the team searching for a Hawaiian monk seal that’s gone missing, to work with the paleontologists identifying bones of a ground sloth, and to support park rangers on their quest to identify a plant that could destroy the Smoky Mountains. Classroom Adventures makes this possible…without ever leaving the classroom.

In Aquatic Investigators, students travel to a virtual underwater research station to explore why the Hawaiian monk seal population is declining. Teams research the question from different areas of study, including marine biology, oceanography, meteorology, and geology. For 3rd to 5th grade classrooms. 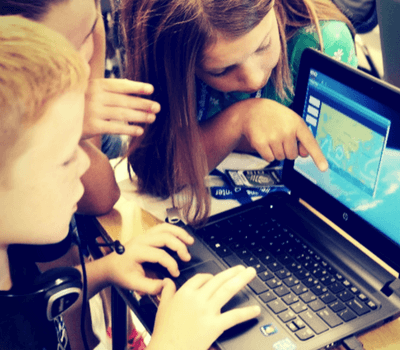 Some of the Fastest Growing Jobs are in STEM Fields. Help Us Fill that Pipeline.