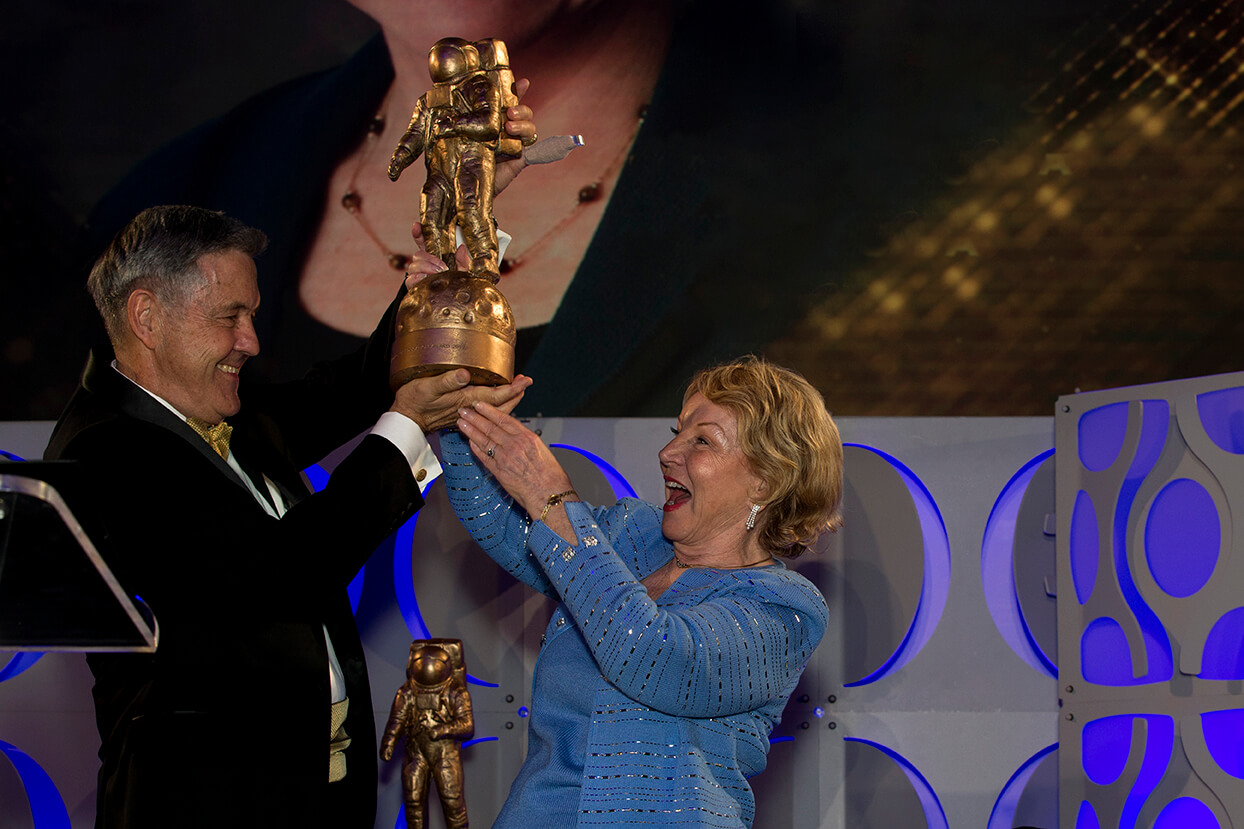 Our Founding Chair, June Scobee Rodgers was the recipient of the Apollo 50th Education Award for her commitment to honoring the Challenger crew and inspiring the next generation workforce. The award was presented to June on July 16, 2019  during the Apollo 50th Gala presented by Northrop Grumman Corporation.

“It’s a great privilege to be the recipient of the Apollo 50th Educator Award and to be part of an event that recognizes the work and accomplishments of the Apollo missions,” said June Scobee Rodgers. “The Apollo mission inspired a generation of leaders and innovators and as we honor them, we must continue making giant leaps towards STEM education.”

The gala honored the 400,000 men and women who made the Apollo 11 mission possible. With the theme of “Space for a Better World”, the evening took place under the Saturn V rocket at the Apollo Saturn V Center at Kennedy Space Center Visitor Center.  The event included speeches, tributes, and a multi-media content highlighting how Planet Earth has benefitted from man’s one giant leaps in technology and engineering over the last 50 years.

Other recipients of Apollo 50th Awards were David Thompson, founder, president and CEO of Orbital Sciences Corporation (known as Orbital ATK) who received the Innovation Award. JoAnn Morgan, first female engineer at NASA Kennedy Space Center and the only women in the firing room during the launch of Apollo 11, received the Pioneer Award.

For more information about the event, visit www.apollo50thgala.com.